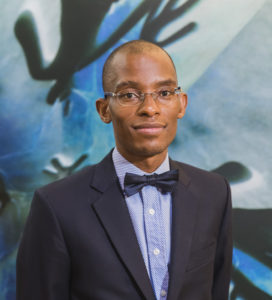 Adv Thabiso Machaba is a multiple graduate of the University of Witwatersrand having completed his junior BA (Law) and his LLB thereat. Between the years 2002 – 2005, Adv Machaba enrolled for and completed his first degree in Master of Laws (LLM), through course work, in Company Law I and Company Law II, Banking and Finance Law. He completed a short thesis on Corporate Social Responsibility.

Adv Machaba went on to complete his second degree in Master of Laws in Tax Laws (LLM – Taxation) and completed a short thesis titled “Realities of Minerals and Petroleum Royalties”.

Adv Machaba was called to the Johannesburg Bar in 2001 where he underwent and completed his pupillage. He commenced his practice soon after completing the said pupillage.

From 2009 to 2012, Adv Machaba was engaged by University of Johannesburg as a lecturer of Business Law.

Arising from his lecturing stint at the University of Johannesburg, Adv Machaba’s practice has focused more on the law of contracts (Commercial Law).

Also, Adv Machaba has done a lot of cases relating to traditional leadership (customary Law) both at the Commission on Traditional Leadership and Disputes (“the so-called Nhlapo Commission”) and in Court.

Besides the above, Adv Machaba has acquired experience in administrative and constitutional laws.

Adv Machaba has acquired experience in various fields of law and has worked with many senior advocates in various courts ranging from High Courts to the Constitutional Court. He has also appeared on his own in the Supreme Court of Appeal.

Adv Machaba has also led a number of juniors in various matters.