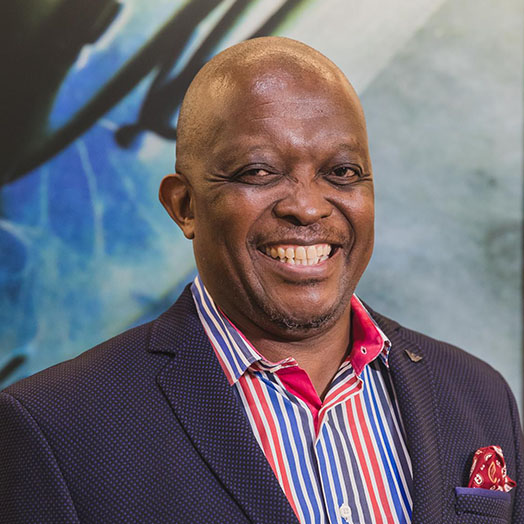 Advocate of the high court (also practicing in the constitutional courts of South Africa), admitted 14 September 1982.

He was admitted as an advocate 14 September 1982; is an Executive member of Advocates for Transformation, Johannesburg region and is a shareholder of the company owning the building in which Pitje Chambers is housed.

In April 2004 he was recommended to the President of the Republic of South Africa for conferment of silk status by the Johannesburg Bar Council and has also acted as a Judge of both the High and Labour Courts.

Has appeared in a number of high profile reported cases in the High Court, Labour Court, Supreme Court of Appeals and the Constitutional Court. Recommended in April 2004, by the Johannesburg Bar Council to the President of the RSA for conferment of silk status.

Has served as a member of the Johannesburg Bar Council since 2004 to date and currently is its Vice-Chairperson.
Has also acted as a Judge of the South Gauteng High Court and also of the North West High Court.